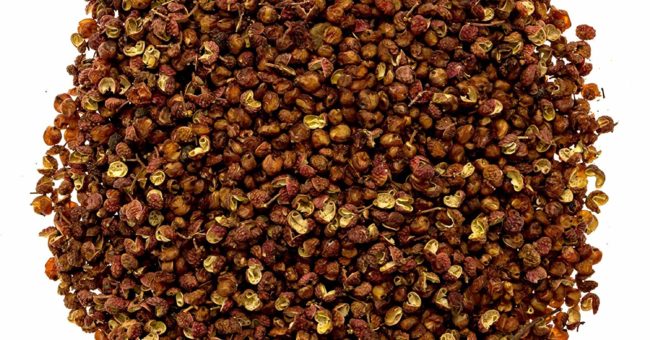 Szechuan pepper, Szechuan peppercorn, is a commonly used spice in Chinese cuisine. It is derived from at least two species of the global genus Zanthoxylum, including Z. simulans and Z. bungeanum. The genus Zanthoxylum belongs in the rue or citrus family, and, despite its name, is not closely related to either black pepper or the chili pepper.

The husk or hull (pericarp) around the seeds may be used whole, especially in Sichuan cuisine, and the finely ground powder is one of the ingredients for five-spice powder. It is also used in traditional Chinese medicine. The pericarp is most often used, but the leaves of various species are also used in some regions of China.