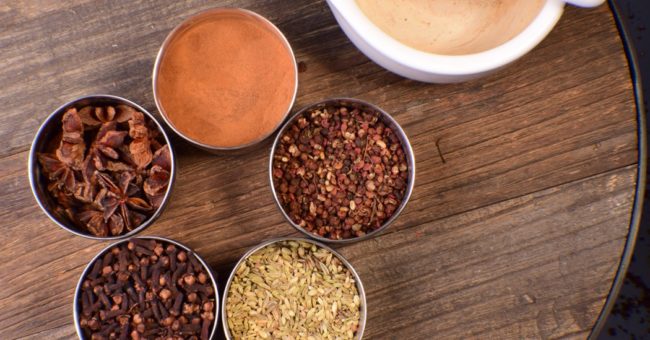 Five-spice powder is a spice mixture of five or more spices used predominantly in Chinese and Taiwanese cuisine and also used less commonly in other Asian and Arabic cuisines.

Five spice may be used with fatty meats such as pork, duck or goose. It is used as a spice rub for chicken, duck, pork and seafood, in red cooking recipes, or added to the breading for fried foods. Five spice is used in recipes for Cantonese roasted duck, as well as beef stew. It is used as a marinade for Vietnamese broiled chicken. The five-spice powder mixture has followed the Chinese diaspora and has been incorporated into other national cuisines throughout Asia.

In Hawaii, some restaurants place a shaker of the spice on each patron’s table. A seasoned salt can be easily made by dry-roasting common salt with five-spice powder under low heat in a dry pan until the spice and salt are well mixed.